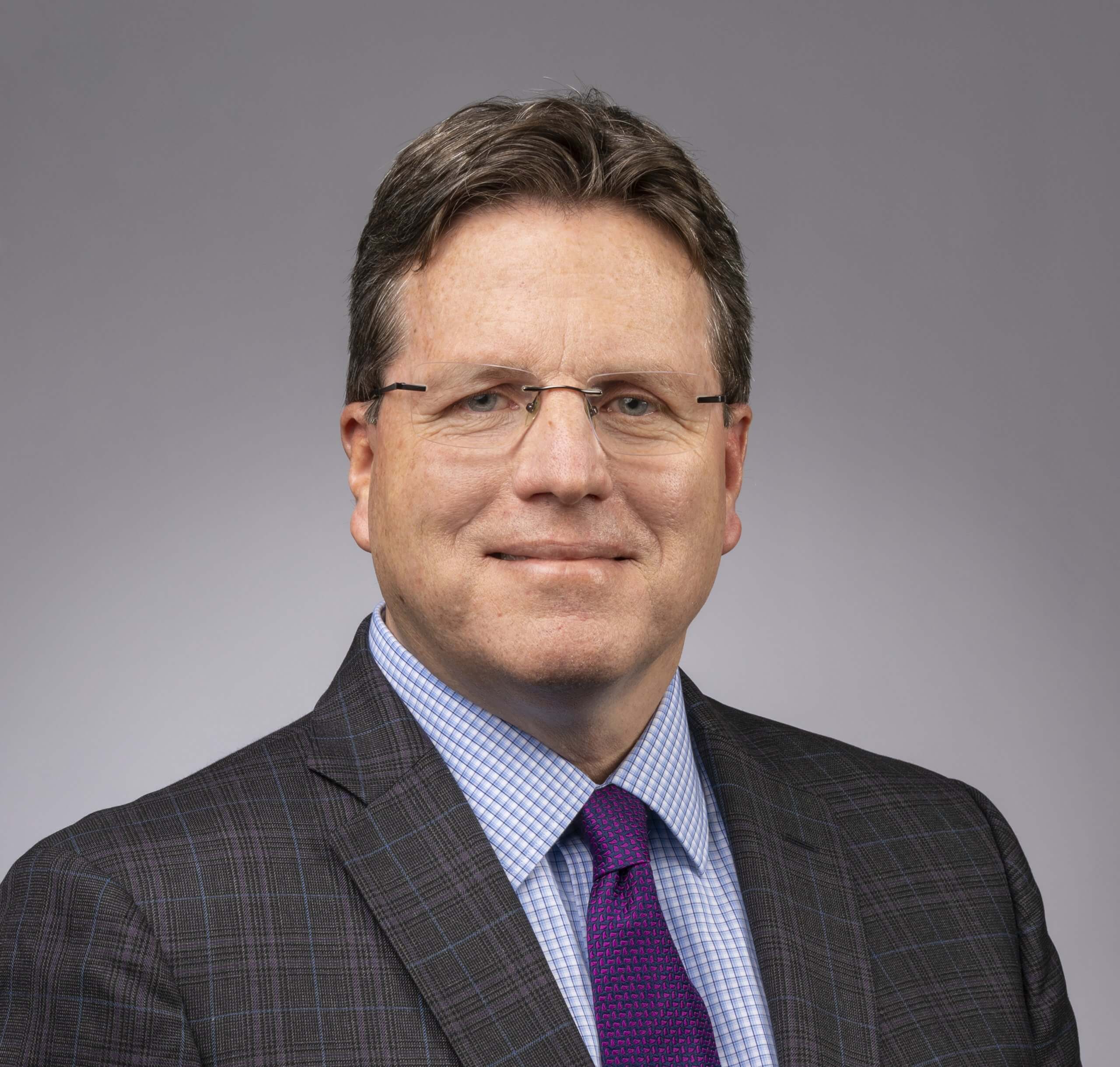 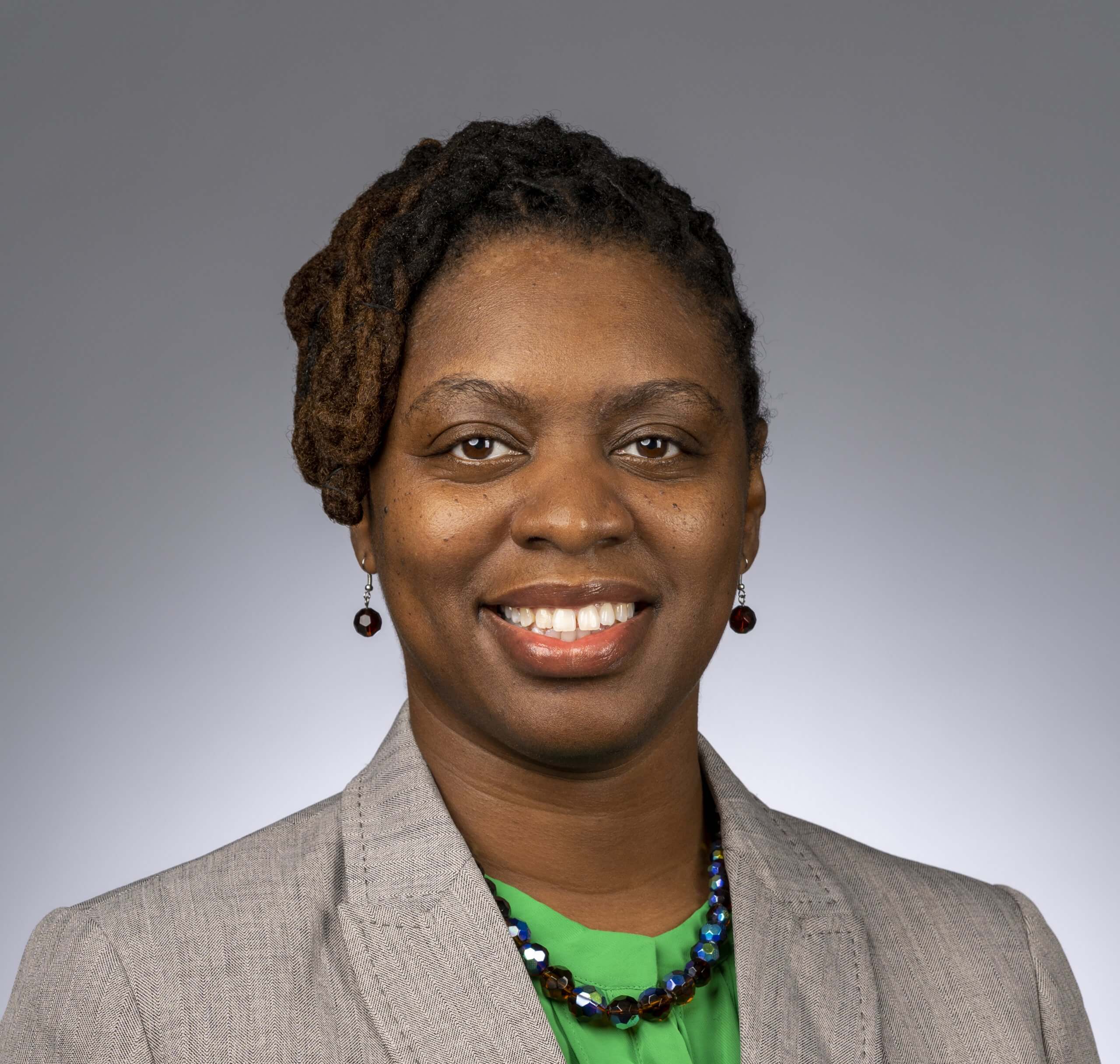 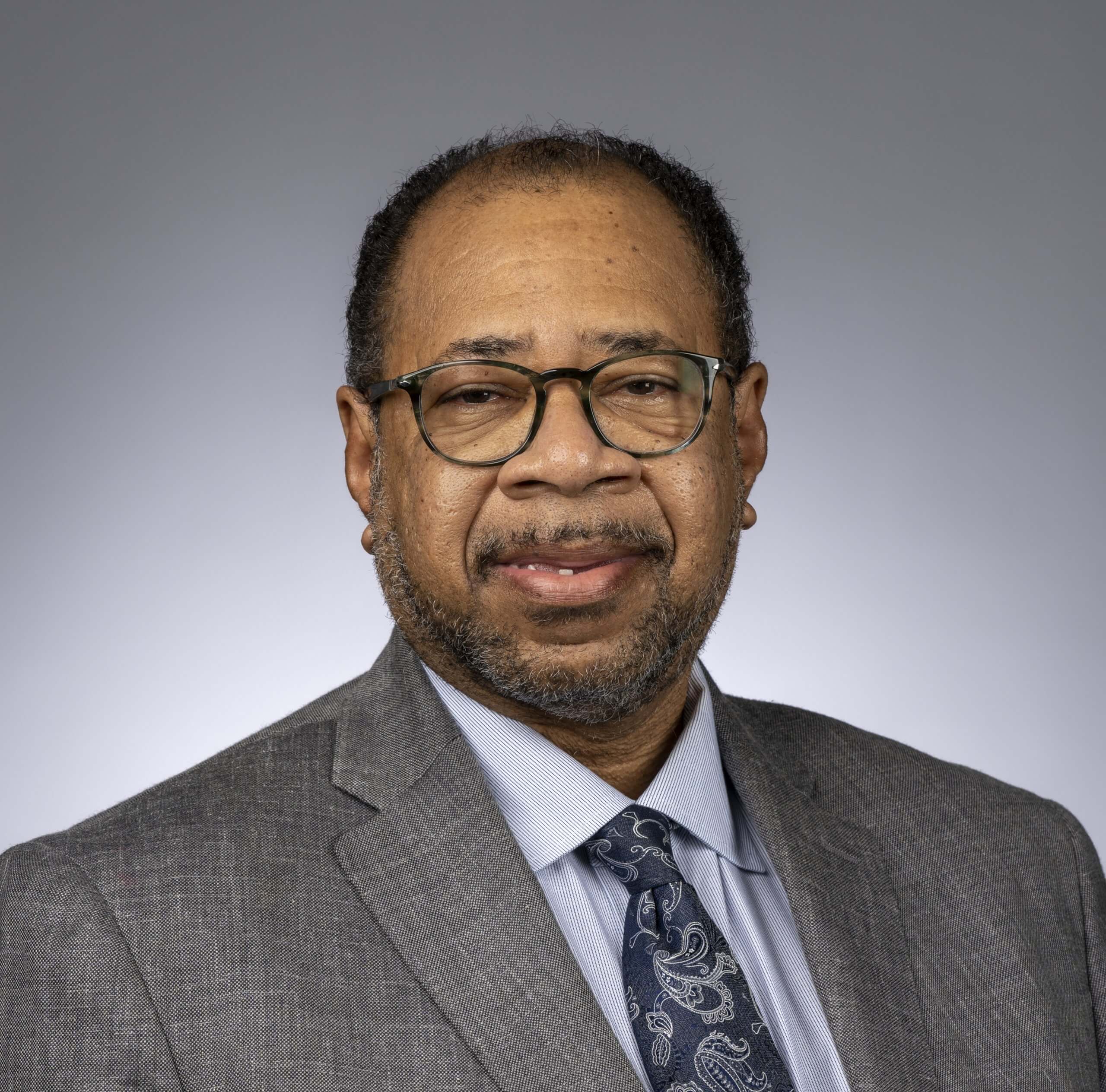 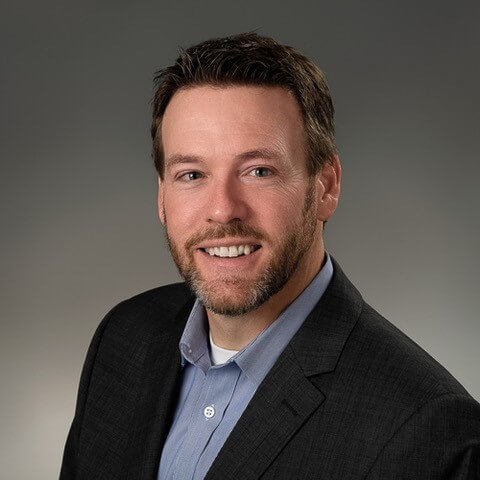 Nancy is the visionary and creative force behind Dorrier Underwood’s growth while personally coaching CEOs and leaders around the world to invent and implement bold visions. In leading transformational programs for more than 30 years, she earned a reputation for having love and joy make a dramatic impact on people’s lives.

Nancy has a B.A. in psychology from Queens University of Charlotte and a Masters in social work from the University of North Carolina at Chapel Hill. Before establishing her consulting firm, she had a thriving family counseling practice. Over the years, she has received public awards for being a successful business owner and a community and world leader. She received the Algernon Sydney Sullivan Award from Queens University in recognition for her work with water development projects and women’s vocational training in East Africa.

Nancy is an author who uses expressive writing with executives to maximize their effectiveness as leaders. She is enthusiastic about having conversations that make a difference, collecting art, and learning amazing things from her grandchildren.

Doug McVadon has been a Dorrier Underwood consultant for more than 20 years, working with executives and managers to achieve breakthroughs in communication, performance and productivity.

He is a course leader for our large public programs and co-designs our curriculum. Doug has worked with entrepreneurs and Fortune 500 firms in a variety of fields, including architecture, health IT, manufacturing, banking, pharmaceuticals and biotechnology.

He holds a B.A. in psychology with honors from the University of California, Santa Cruz.

His first career was in broadcast news. Doug started as a radio news reporter, and spent 18 years in the news business, moving from radio to television as an anchor, editor, and news producer for NBC-TV.

Doug McVadon was named president of Dorrier Underwood in 2016, and he is re-shaping and leading the company toward an ambitious growth goal by 2020.

Doug lives in Charlotte, North Carolina, with his wife and teenage daughter. He loves to travel: 25 countries and counting, and 49 of the 50 states (Alaska!)

Jane Smith is a senior consultant who has been with the firm since 1992. She is a member of the strategy team and accountable for the design and delivery of Dorrier Underwood’s large scale consulting initiatives.

She consistently makes a profound and lasting difference in organizations through her masterful coaching of executives and teams. Her consulting expertise consistently supports extraordinary leaders in achieving breakthrough levels of performance.

Jane’s dedication to people’s learning to express themselves fully has found expression throughout her career. Prior to joining Dorrier Underwood, she worked in the field of education, first as an award-winning high school English teacher and then as a supervisor and curriculum developer. She also led highly effective transformational seminars for more than 20 years.

A life-long resident of North Carolina, Jane lives in Raleigh with her husband, Phil. Her current passions include creative writing, interior decorating, collecting art, shopping of any sort at any time, and, after 60+ years of avoidance, cooking.

Carol Orndorff joined Dorrier Underwood in 2007 after 25 years of consulting and project management in higher education, healthcare, and the construction industries. She has developed teams in leadership, management, conflict resolution, and best business practices.
Known for her generous listening, Carol inspires unpredictable results in team performance through her expertise in collaboration and accountability practices.

An outdoor enthusiast, Carol has hiked in the Pyrenees on four different occasions and is always looking for her next challenge. Besides her work, Carol loves traveling, gardening, visiting with family, archery and meditation. She lives in Atlanta with her partner, Liz.

A well-respected keynoter and motivational speaker, Gary Davis is known for his insight, humor, and humanity. His business experience spans the fields of IT, banking and finance, real estate, and healthcare.

Before joining the Dorrier Underwood team in 2009, he worked for IBM and Cisco Systems in sales and delivery.

As a management consultant, Gary leads courses and retreats that empower teamwork, partnership, and accountability. He also works with senior leadership teams, sales producers, and interdisciplinary teams to enable them to achieve unprecedented results.

Gary is a graduate of the University of North Carolina at Chapel Hill with a degree in education. He is a member of the Greater Raleigh Chamber of Commerce Board of Advisors and a past member of the Executive Board.

Gary has been devoted to his wife Robin since 1986, and married to her since 1998. He is also devoted to their three children and to cooking healthy, delicious meals.

Laura joined Dorrier Underwood as a consultant and director of marketing in 2016, bringing expertise from both the corporate and small business worlds.

From Bank of America, where her focus was on internal strategic communications and training, she left corporate life to launch and nurture four small businesses. She co-created Charlotte, North Carolina’s first urban community supported agriculture program and enjoyed a 10-year career as a leadership and executive coach.

As an expression of her commitment to wellbeing, she co-founded Nourish, Charlotte’s only 100 percent plant-based prepared food delivery service.

She also taught college English, served as coach and leadership faculty for larger-scale personal and business development programs, spoke at business development conferences, and created and led leadership workshops and retreats. For a number of years, she served on the board and as president of the Charlotte chapter of the International Coach Federation.

Laura lives on the outskirts of Charlotte with her husband Robert and a beloved menagerie of three cats, two dogs, and five chickens.

Ginny Brien joined Dorrier Underwood in 2005. As sales manager, she listens for possibilities within other people’s commitments and operates outside her comfort zone to make a difference with her family, her work team, the community and larger world.

After graduating from the University of North Carolina at Charlotte with a degree in English and concentration in French translation, she worked as a freelance writer, specializing in grassroots fundraising and public relations for non-profits.

A life-long learner and gifted teacher, she has led workshops on subjects ranging from disaster relief to nutrition, spiritual gifts, homeopathy, pregnancy, and birth. A wordsmith by calling, her writing now finds outlets in introducing others to the work of Dorrier Underwood, documenting client achievements, and in a novel about a family who must come to terms with their conflicting values when their son is injured in Vietnam.

Ginny is a native Charlottean who loves gardening, singing, pickup trucks, and conversations that reach below the surface.

Nancy Chek brings experience as a writer, editor, and coach to her work with Dorrier Underwood. Since 2011, Nancy has written program materials for Dorrier Underwood and collaborated with other consultants to design engagements.

As a former coach for professionals working on global initiatives, she has explored the power of language to influence perception, encourage or discourage partnership, and turn vision into action.

Nancy earned a B.S. in Education (English and French) from Bowling Green State University in Ohio and has been trained in Results Coaching, based on studies in neuroscience. She was formerly on staff with the Rockport Institute, Walter Reed, and the National Low Income Housing Coalition.

She lives in Silver Spring, Maryland, where she is known for both her chili and her praline pumpkin pie. She roots for the Washington Nationals and owns approximately 400 movies, from which she will quote with very little provocation.

J. Kevin Cobb, has over 30 years of experience in finance, accounting and business leadership roles. Having worked in both large companies and small startups, he understands what is required to get a business going from ground zero, and what a business should look like when it matures. Kevin joined the Dorrier Underwood team in 2018 supervising the accounting functions and providing financial and business advisory services.

He has extensive personal experience in raising capital and structuring business relationships between owners, other business partnerships, as well as mergers and acquisitions with over $1.5 billion in related deal experience.

Kevin began his career as a Certified Public Accountant with Arthur Andersen & Company. Since that time he has held positions in finance as Treasurer, Controller, Chief Financial Officer as well as CEO and President of businesses in industries ranging from agriculture production, and energy production, to real estate development and homebuilding as well as professional services organizations. He has a real heart for business owners and is passionate about the success of his business associates.

A Kentucky native, Kevin and his wife have raised their growing family in Charlotte (12 so far). His favorite things are family beach trips in the Carolinas, and mission trips to Cuba.

Lionel O. Sargent has over 25 years of experience in accounting and financial management roles. He has served in the position of Controller and Treasurer in both large and small corporate environments, responsible for all financial reporting, cash management, investment management and tax planning strategies.

Lionel is a co-founder and partner in COBB PLLC since 2009, and manages client relationships in industries from commercial construction, management consulting, retail, and general contracting, along with churches and other non-profit organizations. In addition, Lionel is a trustee of his church and sets on the board of other non-profits in the Charlotte area.

Upon graduation from Winthrop University with an accounting degree, Lionel began his career at First Union Bank (now Wells Fargo).

Lionel and his wife Clem live in Charlotte and have one daughter.

Venita Jamerson has over 15 years of experience in accounting and business operations both in non-profit and for-profit businesses. She is responsible for all of Dorrier Underwood’s day-to-day accounting activities, including forecasting and cash management functions.

Venita has a marketing degree from Howard University and an MBA in International Business from Gardner Webb University. Before joining the Dorrier Underwood team in 2019, she worked for the Arts & Science Council and the US Census Bureau and has additional experience in technology implementation and accounting management functions.

Venita is passionate about helping businesses optimize their resources. She enjoys gardening and is an active member of Alpha Kappa Alpha Sorority, Inc.

Over the past fifteen years, Peter McGaugh has had the privilege of engaging thousands of individuals and hundreds of teams in the art of authentic leadership. Peter’s training and his extensive research and expertise in human growth and generative leadership are foundational to his work at Dorrier Underwood, where he became a part of the team in 2020.

Prior to consulting and teaching, Peter was a Senior Executive with a global corporation for twenty years, observing and experiencing on a daily basis the need for critical awareness, courageous willingness and focused, deliberate practice to grow and transform as a leader…three key areas he focuses on to bring out the best in his clients now.

Peter has a Bachelor of Commerce from the University of Ottawa, is a certified Integral Development Coach and an authorized Riso-Hudson Enneagram Teacher.

Peter lives in the midst of nature in a big stone house in Almonte, Ontario with his wife Angie, their two golden retrievers and a couple of mouse-hunting cats.

Michael Super is the newest member of the Dorrier Underwood team, joining in 2021 to provide executive and project management support to the leaders of our firm.

Michael brings to Dorrier Underwood youthful energy and enthusiasm as well as work in personal transformation and development. He honed skills in project management as the Facilities Coordinator and Assistant to the Executive Director and Board of a large Bay Area synagogue and as project manager in the world of startups and real estate.

Michael lives in the San Francisco Bay Area, where he has been committed to volunteer work since he was a puppy, including as volunteer park ranger at the Golden Gate National Recreation Area. McDonalds and Disney chose him as a “Millennium Dreamer” along with several hundred other young community volunteers from around the world.

When not working, he loves to hit the road or hop on a plane to explore new places, meet new people, and try new things.