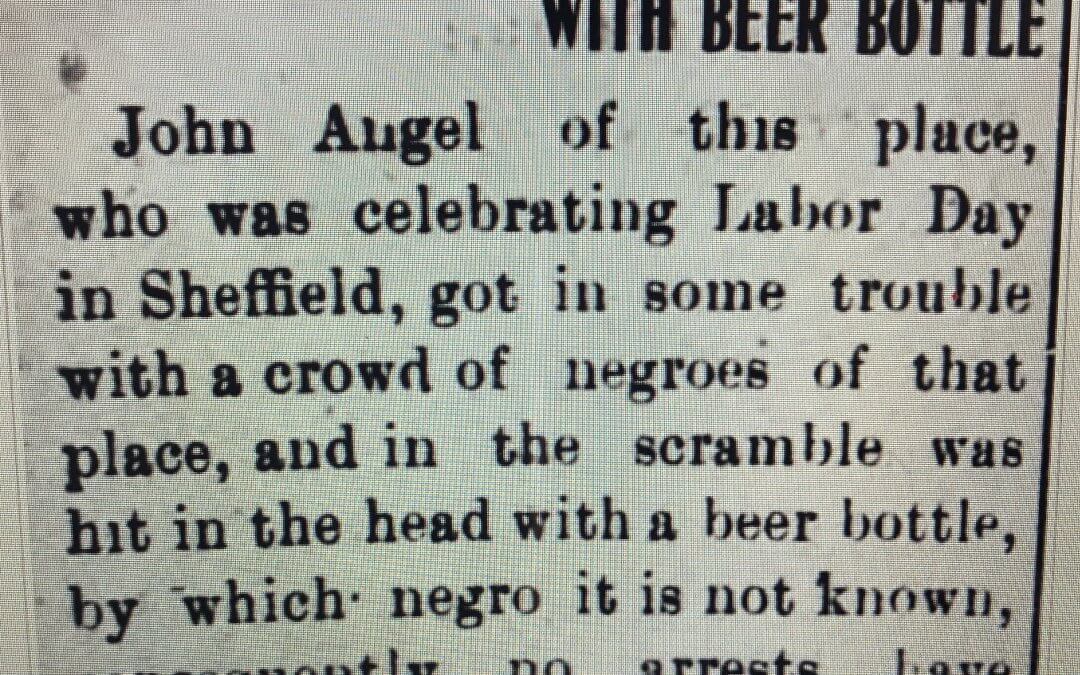 The can was thrown from the truck on a winter’s day in downtown Washington. F Street, another of the useless facts my brain uses to shield me from the real memory.  I feel uneasy trying to recall. Queasy, nauseous. My gut feeling is that I’m remembering the wrong part.

So now, 47 years later, I remember the day I got hit. Hit in the head, really, by a Coke can that someone threw from a passing truck. Thing is, the can was full, unopened. It really hurt.

I was walking with Ben, on the busy sidewalk during Christmastime, heading to catch the bus back to the Virginia suburbs where longhaired white boys like us lived. Ben’s father worked upstairs in the executive suite of Woodward & Lothrop’s, or Woodie’s, as everyone in the D.C. area called this venerable retail institution. He had gotten us temporary jobs during the holiday break from school.

Ben and I spent hours in the basement of Woodie’s, putting the price tags on ladies’ dresses and coats. Our job was to confirm the size and color then use the hand-held device that punctured the cloth with a little piece of clear plastic affixing the tag to the garment. You know the ones, with a ‘T’ of plastic on either end, the ones so hard to get off when you get home. Size 8, size 10, size 14.

Innocent and easily impressed, we walked along like tourists, hands in our coat pockets, soaking in the big city vibe, the buildings blocking the sky, the hubbub of holiday songs and sounds and snippets of conversations half-heard.

I reached up to feel my head, the lump not yet formed, too surprised to curse, picked up the Coke can and looked up to see them laughing. The Black men crowded into the open back of a large truck, standing in a group on the truckbed. They got one. They got me. I couldn’t tell who threw it, but I could tell by their reaction that that’s where it came from.

This is the part that has taken me so many decades to remember.

I knew I deserved it.  I was not angry; I did not yell or point. I was a free white teenager walking down the street of our nation’s capital, not doing anything, and they were totally justified throwing that can at my head.

That was my gut feeling at the time. This is not a conclusion reached years later. I know because it isn’t really the can hitting my head that I remember. It is the humiliation and embarrassment I felt when I said, “well, I deserve it, I can see why they would do that.”

“NO!” My friend immediately cried out. “You did not deserve that! You weren’t doing anything!”

My teenage upwelling of white guilt was quickly squashed. I felt stupid, ignorant, misinformed, just plain wrong. I stopped telling that story. I was ashamed of my instinct that told me I should feel some pain inflicted by a Black man, instead of the other way around.

I knew in my heart at sixteen that the can aimed at my shaggy head carried the rage of centuries of injustice.

I did not speak. I did not cry out. I did not point at the truck filled with dark faces. I knew it was appropriate for me to be beaned by a Coke can tossed from the real world into my protected fantasyland. Wake up, kid! Welcome to the jungle.

The can was not the thing that emblazoned this story on my memory banks; it was Ben’s reaction to my reaction. I wanted to say, “Don’t you see? The least I can do is take a can to the head, after all they’ve been through. I should consider this pain in my head to be a tiny fraction of the pain my people have inflicted.” This I knew in that moment—and that is what Ben slapped out of me. He told me, “You are okay, and you have a right to walk down the streets of a big city.”  He went on a rant saying I was unarmed and unaware and not even paying attention, and nothing should happen to me.

I am reclaiming the real memory today.

The memory of recognizing the terrible truth, that I am the oppressor, that I walk with impunity through this world and anyone who touches me can be taken out.

The truck filled with Black men, only Black, was open to the air in winter.

They were packed together and left to hold onto each other for balance as the truck lurched from light to light along downtown streets.

I never stopped to think about them. Who were they? What kind of group is loaded into a truck the size of a dump truck and transported without seats? How dangerous is that? I didn’t blink at the sight, didn’t wonder about it, made no impression. I had always seen groups of “blacks”, loaded like livestock onto ships, railcars, trucks like this. I had never seen an open truckload of white people being driven through town. That would catch my eyes, that would be weird. This seemed normal enough, the truckload of blacks being taken somewhere.

I am trying to remember.

I think as soon as I saw the truck, the Black faces laughing, the sadness came over me. I could not feel angry, so deep was the sadness. Of course they threw the can.

Good for them they got one this time. Lily-livered white punk sauntering down the street. Hit him upside the f*cking head is right. Get a clue, cracker!

The can said all that to me.