Amidst the Pandemic: What I’m Missing, What I’m Seeing 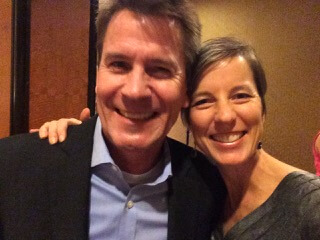 This morning my brother Bill met with his oncologist. He went in person, and they dialed me in on his phone, with video, so I could be in the conversation, take notes, ask questions, and support him…“as usual”, only not quite.

It worked for the essential function of my being there…he rarely remembers everything or the details of the conversation (understandably), so that got covered with me there virtually.

The parts I missed the most, though, couldn’t be covered with all the whiz-bang technology or devices in the world.

I missed walking down the long hallway to the elevator with him after the appointment was over, putting my hand around his shoulder as we talked quietly about what the doctor said.

I missed listening as Bill articulated his rambling thoughts and goofy jokes while we navigated the parking deck together, finding the car again, while his brain grappled with the latest news and plans and questions.

I missed how we always talk ourselves out of getting coffee or breakfast from Earl’s Grocery, but how we like to bring it up anyway as we exit the parking deck and then turn toward home.

I see that it’s not “wrong” or “bad” that I couldn’t be there with him in person today, but it was “different”, and it felt like a hole in my ability to support him in ALL the ways I sure wish I could right now.

He doesn’t have anyone else to put a hand on his back, to comfort him with more than words. And even I can’t do that right now for fear of spreading the virus. (Do you have anyone who’s putting their hand on your back right now? I wonder how that is for you in the midst of this, too.)

Later this afternoon, we met by phone with an honest-to-goodness medium. (I know! A medium!) Her name is Janet, and she’s a dear friend of one of our favorite cousins up in NY state.

I’ve only met two people in my whole life whom I would say are “the real deal” as far as being able to transmit messages from “the other side”, and she is one. I had a reading from her about five years ago, and it still informs me in my life and key relationships, reminding me that I am loved no matter what, whenever I need that remembering.

It still makes my brain spin!

Janet doesn’t do readings “for fee” anymore. In fact, she’s dealing with her own deep health challenges. At the end of our call with her, we learned that just this morning she was diagnosed with breast cancer on top of a host of other health issues. She said being able to do this for Bill helped her a lot…being of service, being a messenger who connects people like us with people who have passed and have things to say that we need to know.

In a way, Janet’s way of being and presence today was a beautiful example of so much of what we talk about and develop ourselves toward at Dorrier Underwood:

I’d love to go into all the juicy details of what happened. I took six pages of notes. That’s another story for another time.

But I will say this: whenever I think I “know” anything about what’s beyond this life, experiences like today’s call pop up that remind me that I really, really don’t know much.

I really, really don’t know much. What a great space in which to be filled with curiosity and wonder and discovery and not-knowing. I don’t need a medium or Bill’s cancer journey to know I don’t know. I just need to slow down, be in the woods with my dogs, and maybe read a Mary Oliver poem.

With so much love,