A Trip to Montpelier 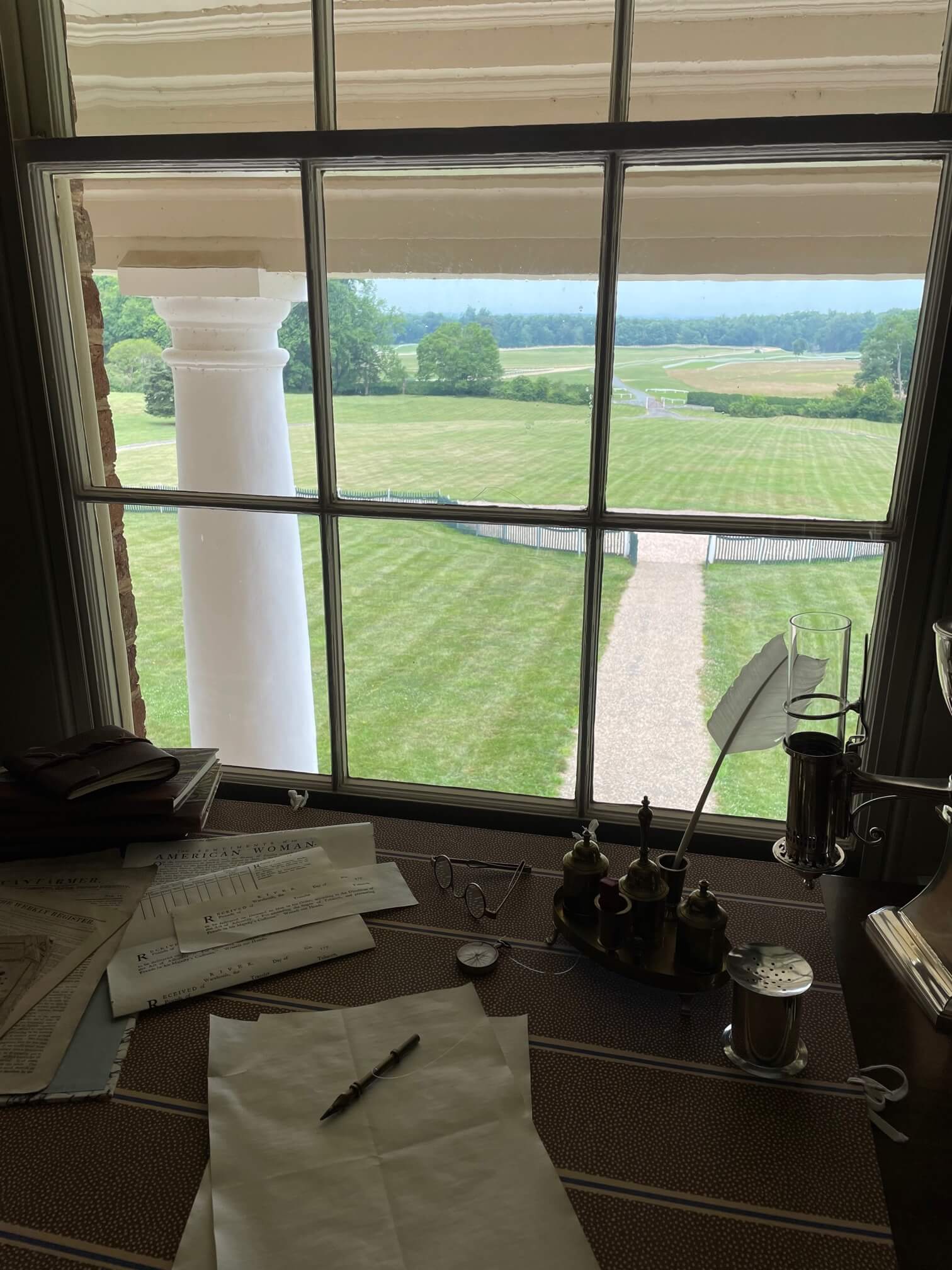 My trip to Montpelier started a few weeks ago as I began listening to the audio book The Other Madisons: The Lost History of a President’s Black Family by Dr. Bettye Kearse, a descendant of Africans enslaved at Montpelier and a Madison family member. The book prepared me for what I would see, and made the trip more than a tour.

While flying into Virginia, I imagined how less than 200 years ago, an aerial view would have revealed thousands and thousands of enslaved black people working the land and carrying out sundry jobs. As we drove through the heavily-forested area preceding Montpelier, I thought about enslaved people driving horse-drawn wagons, and caring for the Madisons’ every need on those long trips from Virginia to Washington. While at the Slave Cemetery, I thought about the hundreds of bodies that lay underneath me – nameless, and without an opportunity to live life on their terms without the threat of whipping or death.

On the South yard behind the mansion, I imagined the busyness and crowd of enslaved people going to their various jobs. Did they laugh? Did they have code language? Were they so brainwashed that they thought the Madisons were actually helping them by providing them a place to live, food to eat, and clothes to wear? As I looked at the houses where the enslaved people slept, I thought about the masters and overseers showing up unannounced and raping enslaved women of all ages to fulfill their lust. I thought about it being cold during the winter, and the slaves still outside working and toiling, likely with insufficient clothing, shoes, and overcoats to keep them warm. At the end of the day they’d go back to their meager shelters while the Madisons were warm, well-fed, and content.

On the plane ride out, I looked at the dense forest and imagined runaway enslaved people attempting to navigate the terrain without being caught by dogs and angry slave owners whose “property” dared try to be free. On my drive home,I thought about millions of enslaved people who built America – and other countries – free of charge. Scratch that. By force.

As an example, I considered how much bigger and prosperous Walmart would be if their 2.3 million associates worldwide worked long hours without wages, and were forced to reproduce to keep future associates in the pipeline. Walmart would have so much more money, and advance a lot faster if it didn’t have to pay people to work.

For what it’s worth, Walmart’s 2.3 million associates are still less than the nearly 4 million people who were enslaved.

All of this grieves me. It angers me. It makes me want to be angry at people who look like they might think black people are not their equal.

At the same time, seeing the work Montpelier is doing to tell the whole truth by recognizing the rest of what happened at the presidential estate aside from Madison and his family inspires me. Knowing that my ancestors were never given an opportunity for full self-expression in the context of freedom pisses me off. It also makes me want to do my best to honor them.

I’m still sorting through my feelings as they go from anger to honor to hope. Through it all, I’m glad I went to Montpelier, and I’m committed to helping the foundation tell the whole story. Whether folks want to know it or not, whether they’re offended or not, whether they believe it or not; white people need to know that America would not be what she is without the millions of enslaved people who …

I can’t speak for all black people, but I will tell you about this black guy. I’m not looking to “take over” as the narrative that’s popular these days in conservative circles suggests. Neither am I looking for a handout or anything for free. All I want is a fair shot at using my God-given abilities and skills I’ve honed to do something beautiful…something that will enrich others and outlive me. In so doing, I pledge to honor those who never got the opportunity to do so outside the context of enslavement.